I think what probably gets me deeply into my feelings about this “JKR should have just made her students Of Color to start with, she can’t ret-con and pretend she did it right the first time” is that I grew up with Anne Rice and Anne McCaffery, two female fantasy writers who hated headcanons and fandom and sued people for deviating from their original vision or doing any kinds of derivative works without their express contractual permission.

I feel like people who get irritated with her about defending black!Hermione don’t appreciate how much healthier JKR’s attitude toward the inclusivity movement in her fandom is than theirs was. Or Moffat’s is. Or Gatiss’s. Or Whedon’s. Or Green’s. Or even, until very recently, Lucas’s.

She’s not a PCR, but goddamn, at least she’s passing us the milk rather than pissing in our cornflakes.

Jo is actually almost entirely responsible for fanfiction being what it is today.

BUT WAIT, I hear older fandomers cry. X-Files, Star Trek, Xena, how dare you. And yes, I say to those fandomers, you held those banners first! Be proud of the paths you forged. But Jo–

Jo did something no author or creator had ever done before.

She was a household name who encouraged fanfiction.

When I first began writing fanfiction in 1998, it was common practice to preface your fic with this massive disclaimer about how you weren’t selling it, and it was for fun, sometimes quoting the Fair Use part of the Creative Commons act, and even begging authors not to sue. Because in those days, that was a very real danger. Eleven-year-old me had reams of fanfiction on floppy disks I didn’t dare send to archives because I might get arrested and taken to Plagiarism Jail.

And then there was Jo. And no, Jo said, this is not a private amusement park at which you may stare longingly from the other side of wrought-iron gates. It is a giant sandbox. Here are my pails, here are my toys. Come sit and play with me. Eventually you may decide you like some other sandbox better, and all I ask is that you leave my toys here for others to play with, and not try to take them with you. But why should I lock you out of my sandbox? It is, after all, far more fun to play in a sandbox with many people than by yourself.

People were boggled. They didn’t get it. They thought she was crazy. And the fans? They kept loving, and writing, and drawing, and creating, and Jo kept loving them back. Potter Puppet Pals, A Very Potter Musical, Potter!, Remus and the Lupins, all stuff Jo just kind of went “whatever, they’re having fun.”

And attitudes began to change. And then someone else threw her lot in with Jo, someone who doesn’t get a lot of credit for contributing something massive to fandom culture and should:

Yeah, you read that right. The goddamn author of Twilight, who refused to sue teenage girls who just wanted Bella to end up with Jacob. (And who is way more gracious than I would be about Fifty Shades.) She actually has a fanfiction archive right on her website! I’m serious: Smeyer has links to a personally-curated list of Twilight fanfiction she personally enjoyed or found interesting. Whatever you may think of her writing, that loving attitude of “we’re all here to have fun, I love that you love my world and my characters, please enjoy” was such a departure from the days of C&D letters and page-long disclaimers.

These two women changed the face of how fandom works forever. Yes, their work is flawed. They are products of their time and upbringing. But just the fact that they embrace the concepts of “my world as I see it and my world as you see it are not the same, and that’s not just okay, that’s good” is something to be celebrated.

I have a lot of issues with Meyer, but her treatment of fans is not one of them.

This is fascinating and all credit to Meyer and Rowling for being so instrumental in changing the culture. I do just want to add that the producers of Xena actually hired a fanfic writer to scriptwrite on their final season. As it often did (with a female TV action hero, with a musical episode), Xena helped to point the way.

Very, very rarely. But I do. Sometimes. Maybe.

i write in fact i’m writing one now.

Fanfiction has an app

I have the fanfiction app. 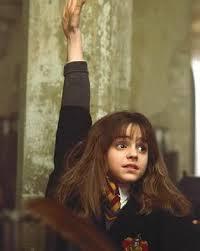