“The statue was originally a commission for Geefs’ younger brother Joseph, who completed it in 1842 and installed it the following year. It generated controversy at once and was criticized for not representing a Christian ideal. The cathedral administration declared that “this devil is too sublime.” The local press intimated that the work was distracting the “pretty penitent girls” who should have been listening to the sermons.” [x]

[The original ‘sublime’ version shown below, and the ‘revised’ one in the photoset above] 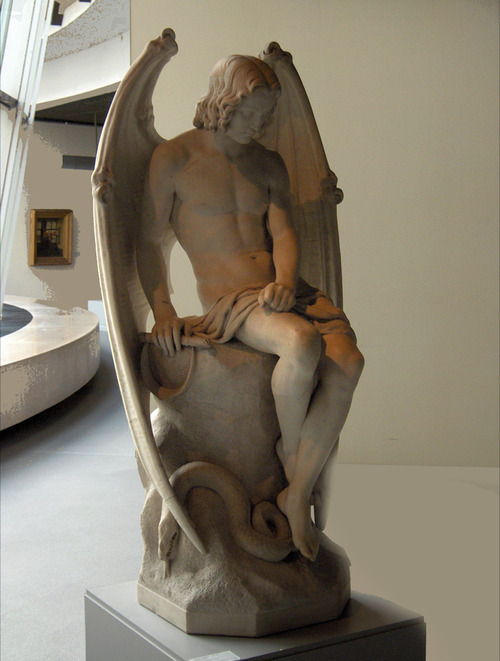 > Make sculpture of the devil

> No this sculpture is too hot for church

This is pretty much my headcanon of Memnoch the Devil. I prefer it this way, rather than in actual canon, which I think indicated it/he was supposed to be made of a black granite.