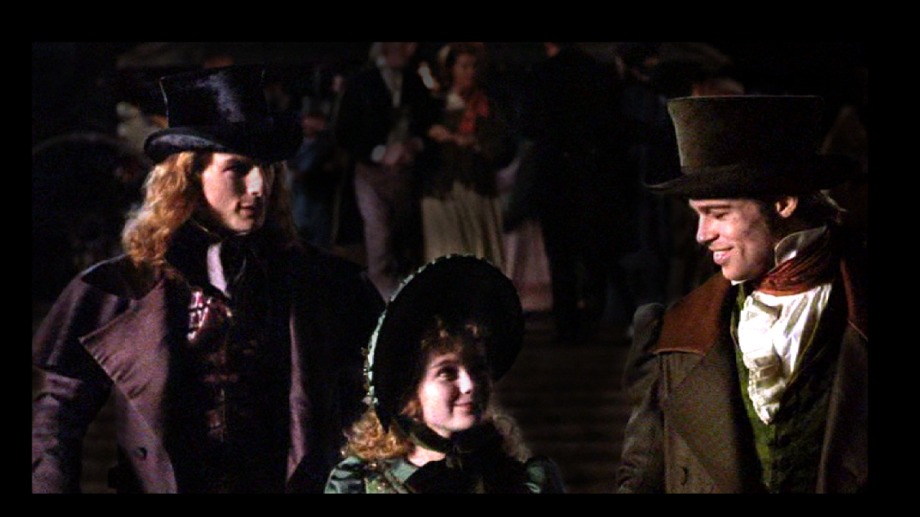 One of their last happy moments as a family… ♥

And Lestat can’t keep his eyes from Louis.

Skimming Interview with the Vampire, found this:

“‘Rest easy,’ she said abruptly, her voice still low.’I tell you that as much as I hated Lestat… ’ She stopped.

“ ‘As much as I hated him, with him we were… complete.’ She looked at me, her eyelids quivering, as if the slight rise in her voice had disturbed her even as it had disturbed me.

” ‘No, only you were complete… ’ I said to her.’Because there were two of us, one on either side of you, from the beginning.’

“I thought I saw her smile then, but I was not certain. She bowed her head, but I could see her eyes moving beneath the lashes, back and forth, back and forth. Then she said,’The two of you at my side. Do you picture that as you say it, as you picture everything else?’ ”