What you’re asking is not written explicitly in canon, iirc, but fandom has generally accepted the following info, maybe bc AR told us over the years? I don’t remember when we were told…

So Lestat is a Scorpio and Louis is a Libra. I don’t know much about astrology, you’ll have to take it from there, anon!

Well, I can not answer questions in the book about Anne Rice’s vampires, as that is copyrighted stuff right there, but you are more than welcome to ask me anything you want. Though I am not an expert in Anne Rice’s vampires. If you want to talk to an expert, I would turn you towards i-want-my-iwtv.

And as for the science behind burning in the sun, well, the first vampire to actually be effected by the sunlight to the point of death was Count Orlok in Nosferatu. The reason he disappears in the sun was to avoid copyright infringement on the ending of Dracula. So historically speaking, there is no lore to suggest that vampires would actually burn in the sun. In Dracula his powers were weakened but he did not burn. I think the main idea that vampires hunted at night is because humans slept at night, which left hours of mystery around what happened in the dark. If someone died in the night, or got sick in the night, they had no clue what caused it. It was much easier to think a creature from beyond the grave did it because the darkness is scary and science was lacking.

But if we want to say sure, vampires burn in the sun, we have to think “why?” The first reason might be the same reason I burn in the sun. They are pale. Pale people burn in the sun. Another reason could be because they are damned, and as such are not allowed to live in the illumination of God. God created light, after all. And if you think about it, Lucifer is known as the Morning Star, so it makes sense that vampires would have to live under the light of the stars.

Hope that answers your question for now! I will go into further detail in the book.

I have a tag for that (#vampire physiology), which includes Ricean and non-Ricean vampire phys. discussion bc it intrigues me, too! Always feel free to send me these questions 😀

I think that above explanation works for the Ricean vampires. Something to do with the amount of melatonin in the skin that protects humans (well even pale humans prefer to wear sunscreen!) that is lacking in even dark-skinned vampires. Plus:

The religious aspect works, too, in that they should not be allowed to enjoy the sunlit world anymore, but not all Ricean vampires believe in the same god or even in any god at all.

I WANT PANCAKES WHERES THE LADY WHO MAKES PANCAKES?

^THIS. omg. Why doesn’t this have a bazillion notes? It really should.

This is actually what happened with the Nicolas-losing-his-hands situation, too… 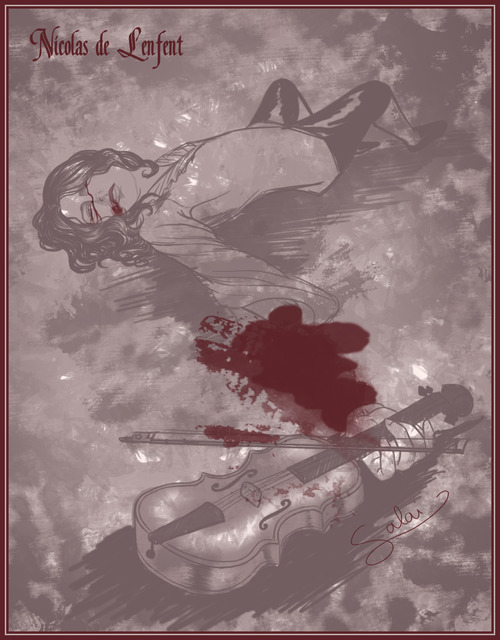 You can bid on Brad Pitt’s teeth. 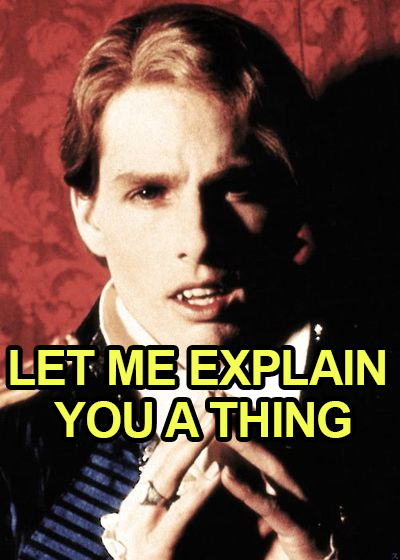 Ok, let me explain u a thing about the word “Hero” when it comes to props. It basically means “the absolute best version of said prop produced” so that duplicates can be compared to it, ensuring that they all match consistently.

There were 2 sizes of fangs made for each character in IWTV (maybe one for non-speaking roles like the TdV ensemble):

2) (long fangs) pair for attack scenes or wide shots, bc the little ones weren’t visible enough in wide shots, but the big ones were hard to talk in.

LET ME EXPLAIN U A THING