Anne doesn’t like having her ideas edited, that’s true, she talks about her style of writing here “On My Method of Writing:” 8/20/2003

“After the publication of the The Queen of the Damned, I requested of my editor that she not give me anymore comments. I resolved to hand in the manuscripts when they were finished. And asked that she accept them as they were. She was very reluctant, feeling that her input had value, but she agreed to my wishes. I asked this due to my highly critical relationship with my work and my intense evolutionary work on every sentence in the work, my feeling for the rhythm of the phrase and the unfolding of the plot and the character development. I felt that I could not bring to perfection what I saw unless I did it alone. In other words, what I had to offer had to be offered in isolation. So all novels published after The Queen of the Damned were written by me in this pure fashion, my editor thereafter functioning as my mentor and guardian.”

But she still has copy editors who look for misspellings and grammatical errors. She has had the same editor for 40+ years and compared their relationship to a marriage.

Daniel Molloy –> Malloy: well, in QOTD it’s “Molloy,” and it’s “Malloy” in the IWTV script, which she wrote after she wrote QOTD. IIRC, she said at a booksigning that she just forgot 😛 but she’s made an effort to be more consistent; I think she said she reread books 1-3 before she wrote PL to refresh her memory.

It’s on FB that she makes misspellings of character names (notably, Nicholas for Nicolas), I don’t think anyone proofreads her FB posts *shrugs*

Also relevant: someone asked AR at the booksigning I went to for PL in 2014:

“Anne, has Vicky (Victoria Wilson, AR’s editor of 40+yrs) ever cut, or asked you to cut, a sex scene from any of your books?”

The answer was an immediate “NO.”

Vicky said: “Her sex scenes… I’m reading them going, ‘Oh Anne, are we going there? We are? Oh god.’ and then I turn the page and it gets so much more intense even…. and that’s what great writing is, it takes you on a journey you might not have planned on, but enjoyed.”

He did a number of movies around that time with long hair, to the point where men were making fun of him for basically being TOO feminine (pretty eyes + big pouty lips + long silky mane = girl).

So glad to know my own VC addiction is enjoyed and shared by others.

It’s so encouraging to get messages like these. I hope this blog continues to live up to the high expectations it has set *u*

AR regarding ANOTHER VC/something CROSSOVER:

I’ve been asked often: will there be crossover books involving my vampires and my werewolves? Will we see more crossover books with the vampires and the Mayfair witches? — As I see things now, no, I will not be doing crossover books again that involve two different series. The simple reason is: I’ve discovered from experience that each series has a certain texture, a certain ambience, a certain dominant set of aesthetic rules; and crossovers seldom do justice to the series involved in this regard. I’m proud of the hybrid vampire/Mayfair novels (Merrick, Blackwood Farm, and Blood Canticle and appreciate very much those readers who enjoyed them), but these books have not aged well in my mind and heart. I also think many readers were confused by them, especially Mayfair readers who did not especially care for the vampire books I wrote. But I would never say never to anything now. I love to experiment, break new ground, take twists and turns. Who knows? And I do appreciate the questions on this very much.

“I’ve been asked often: will there be crossover books involving my vampires and my werewolves? Will we see more crossover books with the vampires and the Mayfair witches? — As I see things now, no, I will not be doing crossover books again that involve two different series… But I would never say never to anything now. I love to experiment, break new ground, take twists and turns. Who knows? …” – Anne Rice

I’m an adult, but not like a real adult

anyone between the ages of 18 and 25 (via prettyboystyles) 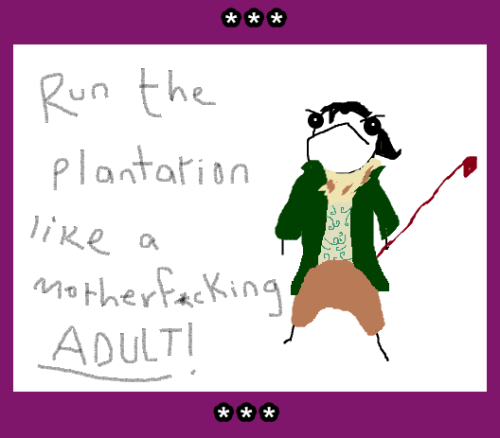 (I feel like I should answer privately but my Lestatuesque ego demands that I publish this.)(I’m also sorta turning it into a Masterpost for easy linking to some of my major VC goodies)(which makes it more socially acceptable)

*u* You just made my day! I think we are going to need to be friends, madmenandmayhem. I LOVE BEING STALKED in this way, just ask somnambulisticdecay, one of my other admitted stalkers ;]

Basically the point of this blog is to archive and share:

…and of course, anything that falls under #VC fandom love, like this kind of message ♥u♥ The VC fandom love is the true lifeblood of I-want-my-IWTV.

One of my fave fanart is this one by diplomacywink: (hit this link for the whole thing) 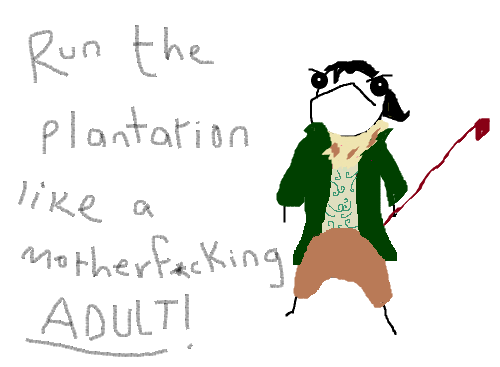 Anne Rice: please please please DO NOT crossover the VC w/ the Wolf Gift. If I had only one wish for this new book, it would be that one.

Inspired by and made for Laviniaspeaks, in the style of Allie Brosh’s amazing Hyperbole and a Half

what
she’s talking about doing it????

(i havent even read the wolf gift do you think i should??)

She did threaten new supernatural creatures. It’s possible. Wurwulves are a very real danger. Brace yourself.

God dammit, I hope she doesn’t mess with a good thing like having Lestat get involved with the Mayfairs.  The old Lestat would never of put up with Mona’s shit.  The hell.

*SPOILER ALERT* *TRIGGER WARNING* *PLZ TO BE SITTING DOWN*

Lestat got intimately involved with Mona later on. It wasn’t pretty.