“I’m The Vampire Lestat. Remember me? The vampire who became a super rock star, the one who wrote the autobiography? The one with the blond hair and the gray eyes, and the insatiable desire for visibility and fame? You remember.”

Sometime last autumn I read a post where one of the Lestat role-players of the site answered a question/prompt about crossdressing with L’s fond reminiscence of a lady with whom they sometimes swapped clothes.  So I sketched this on my 14 min morning train to school. Found the sketch yesterday and finished it, but now can’t find the original post or remember who was the writer. Anyway Lestat enjoying a corset (and yes that corset has a weird double lacing or smth)

Anon: What was the most arousing moment you’ve ever experienced Lestat?

Mortcharmant: “My— What an intrusive question,  étranger gris. But I shall humour you none the less… I would have to say it was the night I allowed a delightful mademoiselle to put her corset on me. How it tightened and constricted was glorious and suffocating. I looked like ‘pure sex’ according to her as she added more to my “ensemble”. By the end of it I was dressed up more like a tart than she and it was exhilarating. I let her live after that moment and frequented her regularly for those games of ours. It’s a pity she died three months later at the hands of a violent pick pocket.”

Continuation of a collaboration (To Every Season). To Every season came about after a long role-play (I was the last to have joined that particular group, writing as Louis. The group has since gone their separate ways for the moment.) Leshan and I decided to continue with the tale. Although Brian appears, there are some changes to his role opposed to my solo works, just to keep it clear. Four chapters up so far: the story is mostly done, just editing as chapters are added and we need to write the ending. The wait between chapters should not be long.  Enjoy! 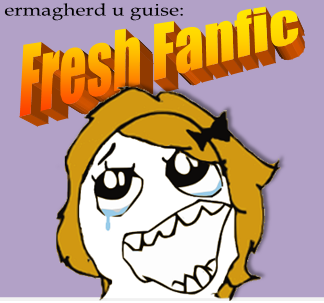 The night was rolling to an end. The paparazzi had retreated to their coffins and lairs. I told David he could keep my suite at the hotel as long as he liked, and I had to head home soon.

But not quite yet. We’d been walking in the Grand Couvert of the Tuileries—in tree-shrouded darkness. “I’m thirsting,” I said aloud. At once he suggested where we might hunt.

“No, for your blood,” I said, pushing him backwards against the slender but firm trunk of a tree.

“You damnable brat,” he seethed.

“Oh, yes, despise me, please,” I said as I closed in. I pushed his face to one side, kissing his throat first, and then sinking my fangs very slowly, my tongue ready for those first radiant drops. I think I heard him say the single word, “Caution,” but once the blood struck the roof of my mouth, I wasn’t hearing clearly or seeing clearly and didn’t care.

I had to force myself to pull back. I held a mouthful of blood as long as I could until it seemed to be absorbed without my swallowing, and I let those last ripples of warmth pass through my fingers and toes.

“And you?” I asked. He was slumped there against the tree, obviously dizzy. I went to take him in my arms.

“Get away from me,” he growled. And started off walking, fast away from me. “Stick your filthy droit du seigneur right through your greedy heart.”

But I caught up with him and he didn’t resist when I put my arm around him and we walked on together like that.

“Now, that’s an idea,” I said, kissing him quickly though he stared forward and continued to ignore me. “If I was ‘King of the Vampires,’ I’d make it the right of every maker to drink from his fledgling anytime he chose. Maybe it would be good to be king. Didn’t Mel Brooks say, ‘It’s good to be the king’?”

And then in his droll cultured British voice he said with uncharacteristic brashness, “Kindly shut up.”

I had turned to leave him when he took hold of me. His teeth went into the artery before I could think what was happening, and his arms went tight around my chest.

His pull was so strong that I swooned. Seems I turned and put my arms around him, catching his head in my left hand, and struggled with him, but the visions had opened up, and I didn’t know one realm from the other for a moment, and the manicured paths and trees of the Tuileries had become the Savage Garden of all the world. I’d fallen into a divine surrender, with his heart pounding against my heart. There was no restraint in him, no caution such as I’d shown in feeding on him.

I came to myself on the ground, my back to the trunk of a young chestnut tree, and he was gone. And the mild balmy night had turned to a gray winter dawn.

Home I went—to my “undisclosed location,” only minutes away on the currents of the wind, to ponder what I’d learned from my friends because I couldn’t do anything else.

The next night on rising, I caught the scent of David on my jacket, even on my hands.

“make movies from my heartbreaking works

People of the Page have difficulty with canon.

Lestat here. Last night, through this FB page, I received this question from Davetta L. Wilson. “If you could have one companion for all eternity, who would you choose? Well, Davetta, I will never face such a choice, obviously, but if I did have to choose, the companion would be Louis. My longest most enduring friendship and love affair in this world was with Louis. And though his limitations can be maddening, they can also be as inspiring to me as his virtues. Of course it might seem that Marius would be a wiser choice. After all, Marius is 2000 years old, and entered eternity with the mind of a brilliant Roman philosopher. But the best choices we make are not always the wise choices. Sometimes they are intensely emotional choices. And I’ve always had a deep Romantic respect for emotion. My love for Louis transcends wisdom. And I may need the pain as much as the consolation that an eternal relationship with Louis would involve. Thank you, Davetta, for your question. Lestat signing off.

Not like we didn’t know it all along, but it was a really nice thing to read first thing this morning!